WYD 2019 will be a pilgrimage to Mexico, Panama and the United States for a two-week festival of faith with millions of youth from around the world joining Pope Francis for an encounter with Jesus and deeper faith formation.

The Diocese of Parramatta Communications Team will be capturing stories during WYD 2019. You can follow the pilgrimage below through our daily updates and on parrawyd.org.

Pope Francis at WYD: Young people are not the future but the now of God

Diocese of Parramatta pilgrims traded their hotel beds to sleep under the stars on grass and gravel. An estimated 700,000 pilgrims crowded the field as pilgrims continued to arrive throughout the night and Sunday morning.

Bishop Vincent led the chaplains and other Diocese of Parramatta pilgrims constructing a small tent city one kilometre from the stage for their overnight stay.

Some pilgrims’ groups were given the opportunity to get a closer vantage point being chosen to sit in exclusive areas.

Pilgrims making their way to the Vigil and final Mass of World Youth Day 2019. Image: Diocese of Parramatta.

During his speech at the Vigil, Pope Francis said the Lord offers an “invitation to be part of love story”.

The speech formed part of an evening of prayer, music and adoration that for many is seen as the highlight of World Youth Day. The crowds of pilgrims fell silent during Eucharistic Adoration, many on their knees for the entire 30 minutes of holy service.

Pope Francis at the Vigil and final Mass of World Youth Day 2019. Image: Diocese of Parramatta.

Pope Francis also used his speech to young people at the World Youth Day Vigil to invite them to create a better society and better relationships.

Using references from current internet culture he said salvation was not “up in the cloud” or “waiting to be downloaded” or a “new app” but rather an invitation to be part of a love story.

In his Sunday homily during the final Mass, Pope Francis urged young people to respond to the call of God and to not to rely on others to make a difference “Dear young people you are not the future but the now of God. He invites you and calls you in your communities and cities to go out…to speak out and realise the dream that the Lord has dreamed for you”.

Referencing the theme of the World Youth Day 2019, “I am the servant of the Lord, be it done to me according to thy word” he asked pilgrims to model their lives of Mary’s saying “Mary dared to say ‘yes’ to take part in this now of God.”

At the end of Mass, Portugal was named host for the next World Youth Day. Diocese of Parramatta pilgrims returned to their hotel by foot before departing for the final stage of the pilgrimage, the post-World Youth Day retreat in Houston, Texas.

View the photos from today here or click on the images below. 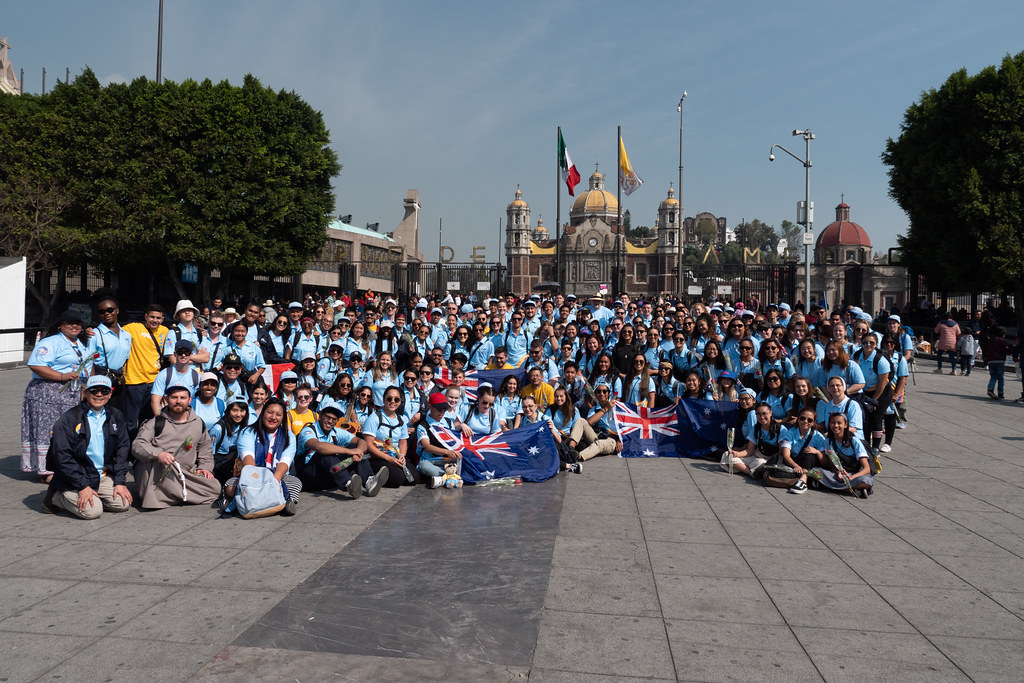